Educational visits are not just for children!

My calligraphy group from Westoe Crown Community Hub enjoyed a trip to Jarrow Hall as an end-of-term treat, followed by lunch at Hive Coffee Company. 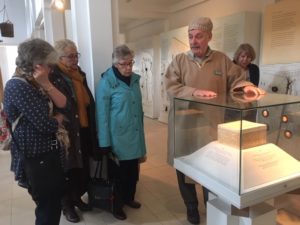 The Anglo-Saxon museum is home to the only full-sized replica of the Codex Amiatinus – the oldest complete Latin Bible in existence.

The real one usually resides in the Laurentian Library in Florence, Italy, but is currently on display at The British Library as part of its Anglo-Saxon Kingdoms: Art, Word, War exhibition, alongside The Lindisfarne Gospels, Beowulf and Bede’s Ecclesiastical History.

Jarrow Hall explores the world of Anglo-Saxon Northumbria and celebrates the extraordinary life of Bede, the father of English history, who was raised in the twin monasteries of Wearmouth-Jarrow and wrote more than 40 books and 20 commentaries.

A guided tour of Jarrow Hall

We were greeted at the entrance by our guide, David, who explained a bit about the design of the museum and the atrium, which is based on a Roman Villa.

As he took us around the museum, it struck me how many little details I have missed in the exhibitions while visiting with my two children, who are usually more interested in the farm, such as the Celtic knotwork on the side of one of the standing stones! 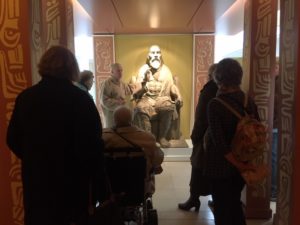 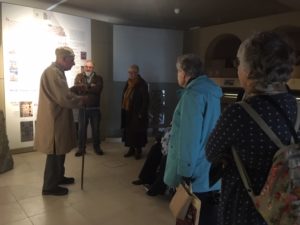 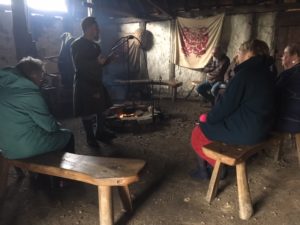 David showed us some examples of runic script, an early font that Bede would have used, and we also got to see some early writing tools before moving on to the Codex Amiatinus.

At 2060 pages long, the Codex Amiatinus is the only complete survivor of three bibles commissioned by Abbot Ceolfrid in 692 and made at Wearmouth-Jarrow. It is likely that Bede was involved in its compilation.

A copy of the Codex Amiatinus was first exhibited at Jarrow Hall for a short period in 2014, before going on permanent display in July 2016. 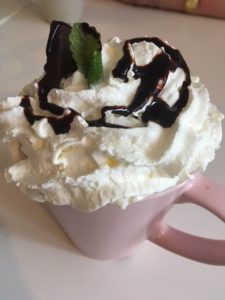 No visit to Jarrow Hall is complete without calling into Hive Coffee Company, which is housed in the actual Jarrow Hall in the grounds of the museum.

We had a lovely lunch after making a fuss-free group booking and I’ll definitely be back for more peppermint mochas in the run-up to Christmas!