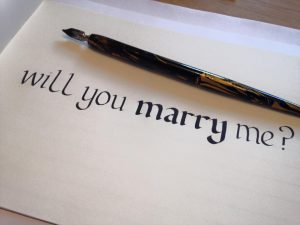 HAVE you cast your votes in the Bridebook Wedding Awards 2017 yet?

I’m delighted to say that Creative Calligraphy has been nominated in the stationery category.

I joined the online wedding directory last year and they recently announced their inaugural awards.

It’s the first time Creative Calligraphy has been recognised by a wedding industry awards scheme.

My business is less than three years old and I am still building my wedding portfolio.

But I have been involved in some gorgeous weddings in that time and created many beautiful things, from place cards to mirrored table plans.

I have also had the privilege of working with many talented wedding suppliers.

There are plans in the pipeline to further develop the wedding side of my business and progressing in the Bridebook Wedding Awards 2017 would be a fantastic boost.

The category shortlists will be announced on February 1, so there is still time to get your votes in, should you wish to support Creative Calligraphy. 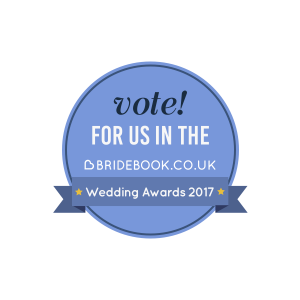 All you have to do is take a couple of seconds to click the ‘vote’ button on my Bridebook profile here.

I’ve even spruced it up in honour of the nomination, adding new pictures and testimonials from couples I have worked with. Please let me know what you think.

More than 100,000 votes have already been cast in the awards, which are open to all suppliers listed with Bridebook nationally.

All winners will be featured in national press, win tickets to the 2017 Bridebook summer party at Hedsor House in Buckinghamshire, and attend an exclusive winners’ event.

In the meantime, if you’re planning a wedding, or know someone who is, simply get in touch here to see how I can help with your stationery.

And search for venues and suppliers near you via Bridebook here and create your own online wedding planner, helping you keep tabs on your suppliers, budget and guestlist.