I’ve been rediscovering my artistic side since launching Creative Calligraphy – and it’s certainly been getting a boost over the last few months.

I signed up for the Cultural Spring 10-week challenge back in September (read more about the first five weeks here) and I’ve taken part in a couple of adult crafting workshops. 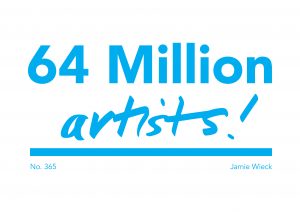 I’ve now completed the challenge, which was part of the national 64 Million Artists campaign to get everyone in Britain to explore their creative side through weekly artistic challenges.

It’s about having a go, not being an expert, and you can share your results with other participants through the campaign’s website and social media channels.

I may not have been uploading as much in the second half of the challenge, but I have been doing the activities, starting with writing a poem about Mondays for Week Six.

I’ve just had to Google the type of poem I wrote, as the letter at the start of each line spelled out the word MONDAY. Apparently, this is known as an acrostic. 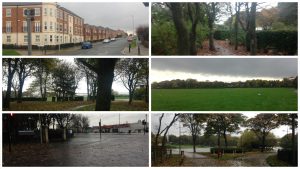 Week Seven was about capturing a journey, so off I went, with the daughter in tow, to South Marine Park in South Shields, taking photos of our surroundings along the way. It was a bit grey and wet!

I hope that I manage Week Eight’s challenge of making someone’s day every day. The instruction was “go out of your way to help someone” and “make a gesture of kindness and see how it feels”.

I didn’t write anything down for Week Nine’s alternate realities theme, but I did find myself thinking up scenarios in my head. The challenge was to pick someone in passing and make up a story about them – as fantastical as you like. 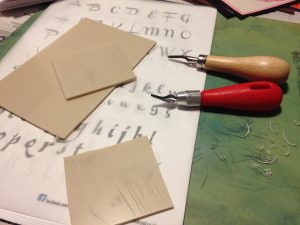 And in Week Ten it was “over to you” to come up with a theme and spend 20 minutes doing whatever you like. I suppose my adult craft workshops, trying lino printing and wearable art, would more than cover this aspect of the challenge!

I’m looking forward to having a more direct link with The Cultural Spring in the new year as I’ve been asked to lead some calligraphy workshops. Watch this space!