I’VE blogged in the past about how your imagination seems to disappear as you ‘grow up’ – and it’s something I’m even more conscious of now as I watch my two children play and make up games and stories.

So, I’ve found something to help get the creative juices flowing again away from my calligraphy. 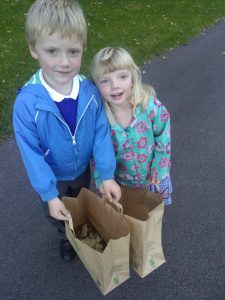 Two fantastic organisations – 64 Million Artists and The Cultural Spring – have joined forces to launch a 10-week challenge to help people in South Tyneside and Sunderland get creative as the nights draw in.

64 Million Artists, founded by artist Jo Hunter and producer and writer David Micklem, is a national campaign to unlock the creativity of everyone in Britain, encouraging people to do, think about and share their work through regular challenges.

The Cultural Spring, meanwhile, aims to get more people in Sunderland and South Tyneside to experience and be inspired by the arts.

I woke up to my first challenge on Monday – collect signs of autumn.

Typically, it was pouring down with rain, so it was Wednesday before I finally donned my boots and made it to the park – with James and Sophie in tow – to track down signs of autumn and make a collage with the things we found. 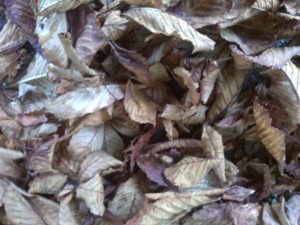 Autumn is one of my favourite seasons – who doesn’t love Halloween and Bonfire Night? I even got married in November, when the sun shone but the air was cool and crisp.

The colours are the best thing though – and even thought the leaves haven’t quite turned in the parks we’re lucky to have on our doorstep, there were plenty of yellow, red, orange, green and brown hues, along with some plum.

We were too early for conkers, but we found some ‘helicopters’ on the maple trees and plenty of berries on bushes, as well as dried up flowers and French lavender that had lost the purple petals that were so bright just a few weeks ago. 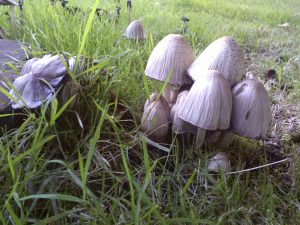 We also discovered a ‘fairy village’ or two of mushrooms, although I have no idea what kind they are, before heading home with our paper bags full of leaves and twigs.

It was nice to make the most of that awkward time between tea and bathtime before the dark nights really do turn us all into hermits!

To find out more about the Cultural Spring 10-week Challenge – and sign up to take part – click here.