AT what age do we stop dreaming?

I really struggled to think of 30 things I dreamed of doing in a recent exercise.

Now this either means I’m pretty happy with my lot in life, or I’m too busy running a business and looking after my family and home to stop and think about such things.

When I was a child, I dreamed of being an astronaut, or finding a cure for cancer.

When I was 11, I hit upon the idea of being a journalist and eight years later, I achieved that dream.

Around the same time, I met the man of my dreams and we now have two healthy, happy children – a boy and a girl – so there’s another dream realised.

I’m happy with my car and we love our house – we can see the sea from our bedrooms and the kids love being a stone’s throw away from the park, although I do covet a kitchen with enough space for an island unit! 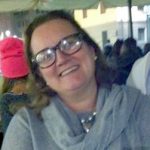 That was one of the things that made it on to my list of dreams when Gillian Smellie, from Lifecycles, put us through our paces at the first meeting of the Inspire Network in South Tyneside in 2015.

More than just a life coach – she has her fingers in many pies – she told us to make dreams, not resolutions as we gear up for the new year ahead.

We started by listing the things we could eliminate from our lives – little stresses and strains that we should just let go of. Like my inability to leave social media alone for more than a few hours at a time, worrying about what I’m ‘not doing’ and guilt in general. 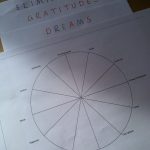 I managed to fill seven of the 10 spaces she left for us.

Writing down the things we are thankful for was much easier – family and friends made it to the top, followed by things like launching my own business, having an independent streak and, rather less seriously, coffee and cake. I still struggled to get to 10 though.

This is because I wasn’t thinking outside the box, so I’m going to make it my mission to fill in those blanks before the next meeting and get back to dreaming in 2015.