No other heritage organisation has embarked on anything like Durham Cathedral’s Open Treasure project – and I feel privileged to have been given a behind-the-scenes tour.

A massive £10.5m is being spent on transforming some of the cathedral’s hidden spaces into a state-of-the-art museum and exhibition gallery.

The major development is expected to attract an extra 84,000 visitors a year when it opens to the public in January 2016, with several historic areas being given a new lease of life.

As a member of the 995 Club, the north east branch of the National Women’s Network was given exclusive after-hours access to see the work in progress.

I couldn’t resist booking up – and I can’t wait to go back when it’s all finished. 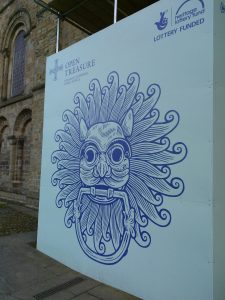 Entrance to the cathedral 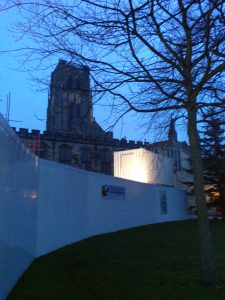 Builders’ hoardings around the cathedral 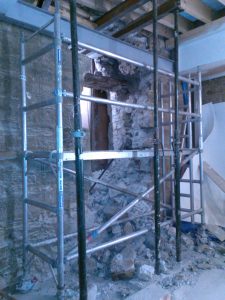 Building work inside the cathedral 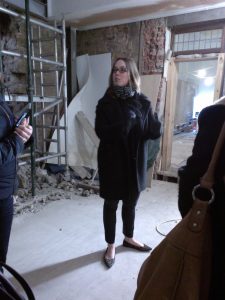 The huge Monk’s Dormitory was quite literally breathtaking, boasting a solid oak panelled ceiling that is only one of two of its kind in Europe.

The late-14th century room will mark the start of the new exhibition route, while also retaining its long-standing function as a library.

The library collection has never been moved from its current home and holds some of the first music sheets ever produced – so there will be plenty of sleepless nights over that one!

A collection of stones remain in the room as they are too heavy to move, each weighing over a tonne – and they would have to be winched through a stained glassed window dating from 1650. 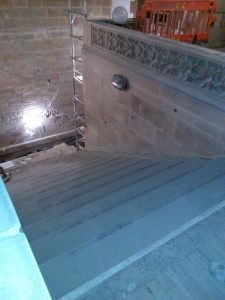 The new entrance staircase leading to… 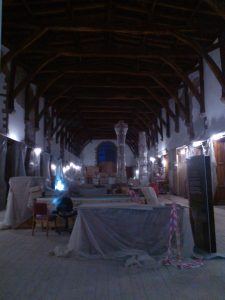 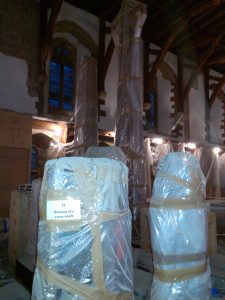 Stones have been wrapped up and protected… 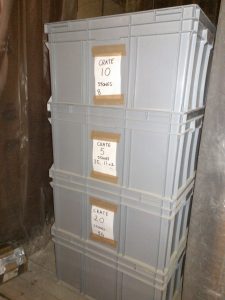 …or neatly ordered in storage boxes.

The Collections Gallery will be a new exhibition space adjoining the Monk’s Dormitory, with strict conservation standards being applied to protect sensitive artefacts.

The Great Kitchen will be the pinnacle of the exhibition route, with the relics of the cathedral’s founding saint, Cuthbert, given a permanent home under its impressive vaulted ceiling. 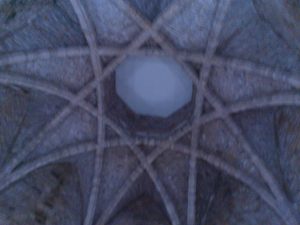 The vaulted ceiling in The Great Kitchen 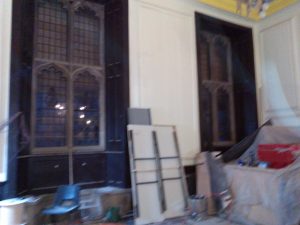 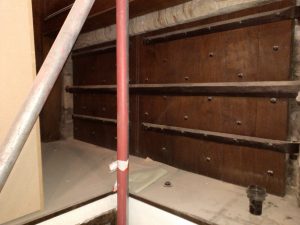 A dinner hatch that would have served the Monk’s Dormitory 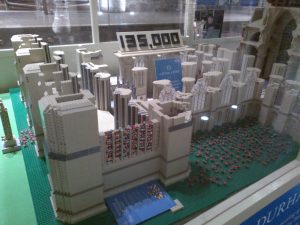 The fundraising effort to realise this vision continues, with more than £8m collected so far, including £3.9m from the Heritage Lottery Fund, in addition to £1m from the cathedral’s own resources.

To find out how you can help, click here. Alternatively, you can call the development team on 0191 375 5256 or e-mail development@durhamcathedral.co.uk.

I’ll certainly be returning with the kids at Easter to buy a Lego brick (or two) to add to the giant model of the cathedral being built as part of the campaign.