My son’s favourite thing to do at the moment is make his own books. He’s always loved drawing, but now he is adding words to his illustrations. 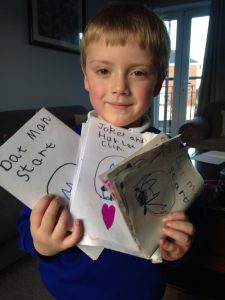 I love listening to him sound out the words as he’s writing his story and watching him form the letters. He still gets the odd one back-to-front, but he’s doing well for a just-turned-six-year-old.

The fact that he’s doing this with a pencil and not a touch screen or some other digital aid shows how important handwriting is. It connects the hand and brain so that each outline is imprinted in his memory.

According to the National Handwriting Association: “Time devoted to the teaching and learning of letter formation in the early years will pay off.

“Legible writing that can be produced comfortably, at speed and with little conscious effort allows a child to attend to the higher-level aspects of writing composition and content.” 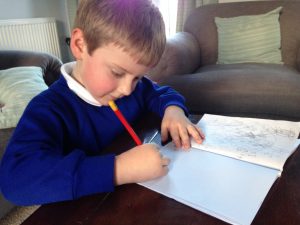 While James continues to get his head around the basics, his nine-year-old cousin is on the brink of being allowed to use a pen at school. Imagine the excitement!

I was a devotee of the fountain pen throughout school and college, only moving on to the ballpoint for good when I started my journalism training. Easier for shorthand, you see – especially the ones with a really fine point.

I started work in a newsroom when fax machines were still the latest in hi-tech communication tools. I’d like to say I’m showing my age, but things have moved on so much in the last 15 years, with the advent of social media, it doesn’t make me sound that old at all! 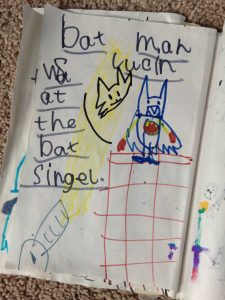 I always preferred a pen and notebook to a Dictaphone and even when we started doing video, I still liked to write everything down. However, vocational education group City & Guilds has reported a decrease in the number of people taking shorthand courses over the past 10 years.

Now, as a calligrapher, writing by hand is my bread and butter and I have developed a fresh appreciation of it, particularly as I watch my little boy learning a skill that so many of us take for granted, when it should be celebrated, although the recent National Handwriting Day aimed to do just that.

Founded by the Writing Instrument Manufacturers Association, it is celebrated on January 23 – the anniversary of the birth of John Hancock, the first man to sign the Declaration of Independence.