I’ve been a member of The Inspire Network for as long as I’ve been in business.

Lisa Smith, the South Tyneside co-ordinator, was one of the first people I spoke to when I made the decision to go self-employed in early 2014.

I took myself off to a meeting and remember being very confused by the idea of search engine optimisation – the topic being discussed by the guest speaker.

Thankfully I’m not so clueless about that and many other things thanks to the support I’ve received from members of the group.

This support has covered the practical aspects of running a business, like branding, marketing, social media and looking after your website.

But it’s the emotional support that comes from people who are – or have been – in the same position that makes you feel less alone when you work for yourself.

The Inspire Network is targeted at women who are running their own businesses in the north east and there is a broad spectrum.

Meetings are generally held during school hours and younger children are welcome to come along.

The Facebook group has more than 1,500 members offering advice and support to one another 24/7, either in response to requests or themed prompts.

I’ve just taken over the running of the South Tyneside meetings with architect Lynsey Rollins and performing arts and textiles teacher and Jacquie Gardner. 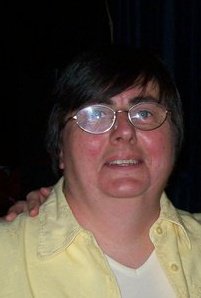 We’ve dubbed ourselves ‘Lisa’s Angels’ and we’ve got a tough act to follow in Lisa, who has been running the meetings since 2012 alongside her business, Fruit to Suit.

She is stepping down to dedicate more time to her studies as she embarks on a new career as a school business manager.

Her farewell meeting last month involved cake and a presentation (via Skype after a diary clash) on bullet journaling by web developer Rosie Brent.

Lynsey, Jacqui and I have got some more amazing speakers lined up after splitting the tasks that Lisa somehow managed to do on her own!

I’m delighted to be able to give something back to The Inspire Network, which is run entirely by volunteers, because it has helped me so much. 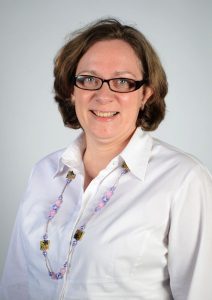 Lynsey added: “I am delighted to be part of the team which will be planning and delivering the South Tyneside meetings. I have been involved in The Inspire Network for over six years and have always found it very helpful and supportive.

“I have attended many of The Inspire Network meetings around the region over the years and the speakers have always been informative and the networking has been great.

“As a team we have a lot to live up to, but I am sure we will do our very best to deliver great meetings in the coming months. We have some really interesting speakers booked.”

Lynsey lives and works in South Tyneside and will have run her architectural practice, L Rollins Design, for 10 years in October 2018. She specialises in house extensions and new build properties and works in close collaboration with homeowners.

Jacquie runs Tanz Academy of Dance at various venues in South Tyneside and Loki Crafts, offering knitwear and crochet from babywear to adult clothing. She is also an encaustic (hot wax painting) artist.

You can find out more about The Inspire Network here.