LATE nights have never really been my thing.

Even in my 20s, the latest I could stand being out until was around 1am.

I’m definitely a morning person, which means I’m usually yawning once the sun goes down.

However, I always make an exception for The Late Shows.

The ‘culture crawl’ around Newcastle and Gateshead – part of Museums at Night – has become an annual fixture for my friend, Fiona Thompson, and I.

This year was its 10th anniversary and our third experience of it.

We managed to take in quite a lot of Saturday night’s programme in the centre of Newcastle. 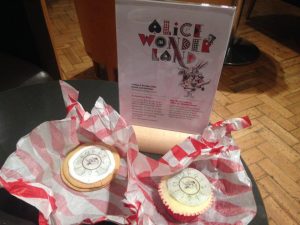 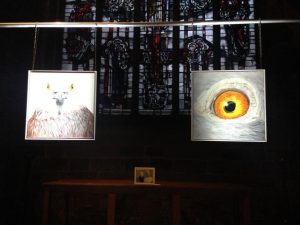 Our first stop was the opening of the Alice in Wonderland exhibition at the Laing Art Gallery.

It comes direct from the British Library, with items on loan from the V&A, as well as the Laing’s own collections and Tyne and Wear Archives and Museums.

The exhibition explores the different ways the 150-year-old story has been interpreted by generations of artists, illustrators, musicians, film-makers and designers.

We then headed to Breeze Creatives, checking out the views from the eighth floor before visiting the Ashington District Star exhibition in the Abject2 Gallery.

My brother-in-law is from Ashington, so picked him up a copy of the newspapers produced as part of the photographic exhibition, inspired by the former mining area and its famous Pitmen Painters.

Then it was off to The Cathedral Church of St Nicholas for Unit 44’s art installation The Saint, as well as street food, cocktails and live music.

Only during The Late Shows could you get away with munching pizza in the pews.

Our final stop of the evening was the Mining Institute, where we were entertained by Circus Central.

We also managed to pop into The Glamourous Owl and Whosit & Whatsit for a spot of retail therapy on our route. 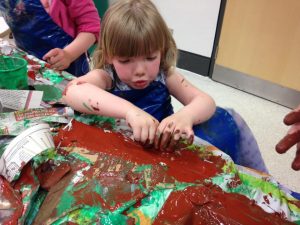 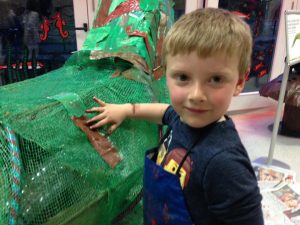 It was a fantastic evening, as ever, with so much going on there is demand from fans to make the event longer than two nights next year!

I’d certainly take the children again after giving them their first taste of The Late Shows.

We headed to Ouseburn for some of the more family-friendly activities on the Friday night.

These included feeding the animals at Ouseburn Farm and contributing to the giant junk model dinosaur at Seven Stories.

The kids had been looking forward to it all week – and they weren’t disappointed.