Well, I appear to have survived my first summer as a self-employed mum-of-two, although my purse is starting to feel the pinch! 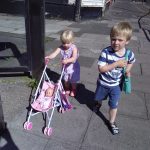 James and Sophie helping out with some leafleting

It’s the first time since my second bout of maternity leave in 2012 that I haven’t had to work (in the traditional sense at least) during the six-week school holidays. I have, however, managed to get a lot of work done.

But I don’t feel like I’ve sacrificed any time with the children. Most of the work has been done once they’ve gone to bed, with phone calls made during nap times or when they’re chilling in front of the TV after a long day. It’s amazing how much you can get done during an episode of Ben & Holly’s Little Kingdom! 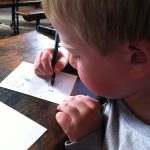 We’ve been on day trips to Alnwick Castle, Beamish, Seven Stories, Souter Lighthouse and Preston Park, enjoyed a holiday in the Yorkshire Dales, caught up with friends at the beach, park, library and soft play and spent a lot of time with grandparents, aunties, uncle and cousins. 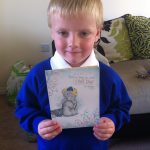 They say time flies when you’re having fun and although it seemed like a long summer at times, it has taken my little boy off to school too soon. He walked into reception without a backwards glance – just like his mam some 20-odd years ago.

Sophie starts nursery next week for a couple of mornings a week so I now have this strange concept of ‘time to myself’, which will hopefully be filled with the sort of activities that lead to a successful business (and a few hot coffees).