A space for heritage and culture is set to be created on the site of a former colliery in South Tyneside.

Planning permission was granted this week for the £812,000 redevelopment of St Hilda’s Colliery’s headstock building in South Shields. 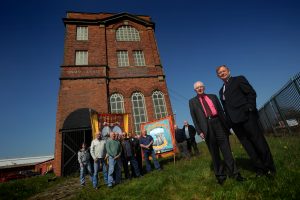 The Tyne and Wear Building Preservation Trust (TWBPT) has secured funding from the Heritage Lottery Fund and South Tyneside Council to help transform the premises.

It comes more than 70 years after the closure of the pit, which opened in 1810.

The aim is to create a small museum dedicated to the area’s mining heritage, along with studio space for creatives and a unique exhibition space.

I was invited by the Cultural Spring to view the space during an open day in June and it’s certainly a promising venture that will breathe new life into a fantastic old building.

The lift shaft remains in situ, along with some old signage, but other than that it’s a brick shell – with a lot of potential.

I was very impressed with the plans that have been drawn up and the artists’ impressions of how the new space will look – a sort of mini Woodhorn, I thought. 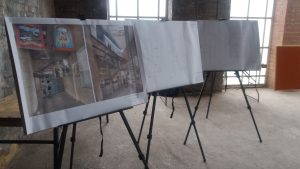 Six workshops and offices would be available for rent, with the aim of giving a home to artists, creative people and small businesses.

The rental income would be ploughed back into the maintenance of the building.

I, for one, would love a dedicated calligraphy studio, although I realise my dream may be a few years down the line yet!

I just hope the rents will be pitched at the right price for the small businesses and artists they are aiming to attract.

The TWBPT, which is a non-profit organisation, has a pretty impressive track record when it comes to their previous work across the north east.

They were behind the restoration of the Old Low Light in North Tyneside, Dunston Staithes in Gateshead and the building that now houses the House of Tides restaurant in Newcastle. 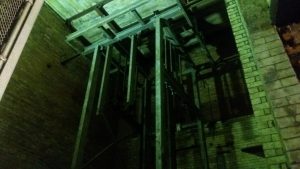 The project has also been supported by the Architectural Heritage Fund, which funded an early feasibility work to examine the potential reuse of the Grade II-listed structure.

The Harton & Westoe Miners Banner Group is also involved in the scheme.

It is hoped that work will start on the building as early as next year.

In the meantime, the building will be open to the public again on Friday, September 9, from noon to 4pm, as part of the Heritage Open Days programme.

There is only partial access to the site, but visitors can view architects’ drawings, old photos from the local history archive and personal memorabilia from former miners in the area, in a gazebo at the entrance.