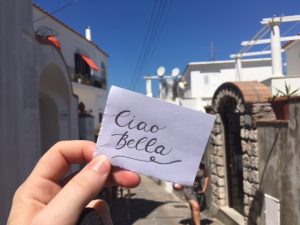 Last year I was in Italy and this year I’ll be in the USA.

Some might say I’m taking World Calligraphy Day a little too literally!

If I wasn’t heading off on holiday though, I’d love to be hanging out at The Pen Museum in Birmingham on Wednesday, August 15.

Manuscript Pen Company Ltd is once again celebrating the art of calligraphy and hand lettering in the heart of the city’s Jewellery Quarter.

A host of world-renowned creatives will be sharing their skills, including my calligrafriend and modern calligrapher Joyce Lee, from Manchester-based Artsynibs Studio.

They will be running workshops and handwriting consultant Nick Caulkin, a lecturer specialising in handwriting and calligraphy, will be offering drop-in advice sessions.

If you can’t get to Birmingham, however, there are other ways you can get involved. 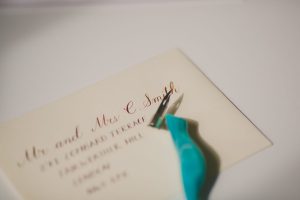 As part of World Calligraphy Day, Manuscript has partnered with Birmingham Children’s Hospital to launch the Say Something Special campaign.

The company is encouraging people to write a special letter to the hospital, which will then be delivered alongside some Manuscript products for use in art classes and play sessions.

You can also get involved via social media.

For budding calligraphers, there will be competitions and activities running across all three channels. Watch out for your favourite artsuts and calligraphers sharing their work.