Having a piece of jewellery made especially for you is quite indulgent – but at Lulu & Charles, it’s an affordable luxury.

Jayne Turner, who makes up a third of the Lulu & Charles team, is a fellow member of The Inspire Network and I’ve been lusting after her exquisite, handmade creations for months.

But it was a post of the Lulu & Charles Facebook page, about turning old pieces of jewellery into new, that finally convinced me to invest in a bespoke item of my own. 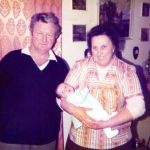 My grandparents, Peter and Alma Rawson, with me as a baby. 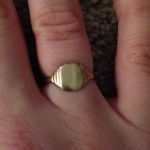 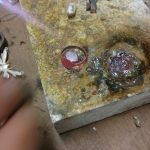 Work starts on the melting process.

A signet ring that belonged to my grandma has been hanging on my jewellery stand for years.

I used to wear it all the time, but since having my two children, I haven’t been able to get it over my knuckles!

I loved the art deco style – my grandma was given it for her 21st birthday, so it definitely had a touch of 1940s glamour about it – but it was starting to look a bit worn.

I got in touch with Lulu & Charles about the possibility of breathing some new life into it and Jayne was brilliant from the start.

I had my heart set on a necklace and wanted something that would incorporate my children’s initials.

I thought about having something engraved on the gold from the ring at first, but then I saw the graduated star necklace on the Lulu & Charles website and fell in love.

The ring would produce just enough gold to make the smallest star, so I opted for the rest to be made in silver, as I tend to wear silver more often. 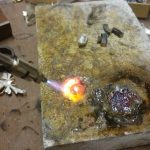 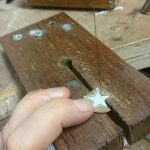 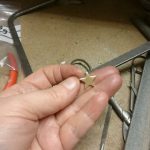 That idea changed again when I met Jayne and saw a graduated heart necklace.

I eventually settled on two hearts – one with a J for James and the other with a S for Sophie – and a gold star, as like to think we all end up in the heavens eventually.

Lulu & Charles offered a personalised service that matched the personal nature of the work they were carrying out.

Jayne sent me some amazing shots of the ring being melted, cut and polished into shape, took the time to consult me on the font for the initials, and adapted the necklace so the charms could be worn separately, as well as together. 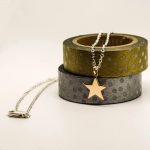 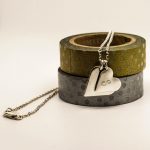 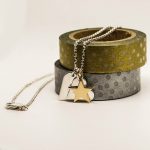 This is not the sort of service you can get on the high street and I am over the moon with the final result, as was Jayne, who runs the business with her husband Ashley and father, Stephen Bone.

Her passion lies in the design process, while Ashley and Stephen take care of the more technical side of things, although Jayne is being trained up.

Read more about the story behind the business here – and I guarantee you’ll fall in love too!