Another fascinating example of medieval calligraphy has gone on display in South Tyneside. 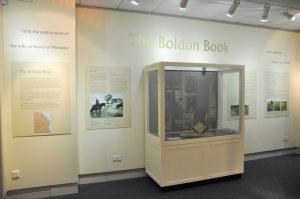 Bede’s World in Jarrow is currently home to the only surviving full-scale replica of the Codex Amiatinus – and now South Shields Museum & Art Gallery is playing host to the oldest of the four surviving copies of the Boldon Book.

Both manuscripts are in the borough as part of a three-year Treasures programme, led by Tyne and Wear Museums, highlighting the heritage and identity of area.

Dubbed South Tyneside’s version of the Domesday Book, the Boldon Book – or Buke – provides the earliest written record of the villages of Boldon, Cleadon, Whitburn and Newton.

Written in Latin in 1183, it was created as a practical financial document for the Bishop of Durham to record information about the tenants of the lands under his direct control and the rents they owed.

The Bishop’s manor at Boldon was listed early in the survey, and later entries recorded customal dues “as at Boldon”, hence the name. 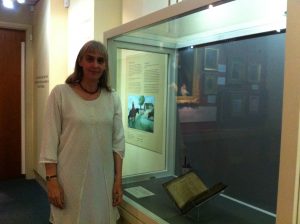 Alex Croom, keeper of archaeology at Tyne and Wear Museums, describes it as an interesting period, where payment in labour or the provision of animals was slowly being replaced with “the demand for hard cash”.

The manuscript, on loan from the British Library, will be exhibited until November 1. A follow-up exhibition is planned in 2016, compiling the responses of the community to it.