Magna Carta and the Changing Face of Revolt is certainly a thought-provoking exhibition. 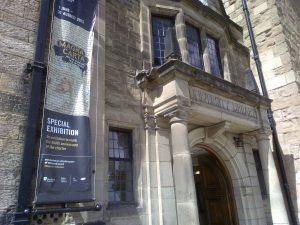 The overwhelming feeling I had as I toured the Palace Green Library in Durham was how much we take our democracy for granted.

People have been fighting to protect it for centuries – and this is one of the themes the exhibition explores and encourages visitors to think about.

To quote from the exhibition guide: “Behind revolt is a history of the contested identity of the citizen: who has the right to speak and act against authority, and are there limits on what citizens can say and do?” 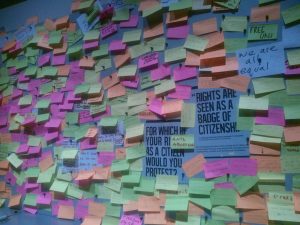 I was particularly impressed with the wall of responses to a question about what basic right you would protest for, with freedom of speech being the front-runner in the poll.

As a former journalist, it was the one I went for!

Magna Carta, whose 800th anniversary is being celebrated, is famed for its role in the establishment of the rule of law and Durham Cathedral holds three separate issues, including the only surviving 1216 edition, which has been kindly loaned for the exhibition.

There was also a copy of the 1225 Magna Carta, regarded as the definitive version of the charter, from c.1400 on display.

Other outstanding exhibits include the gloves reportedly worn by Charles I on the scaffold before he was executed in 1649, a first edition of Leviathan, by Thomas Hobbes, and the articles of union between England and Scotland.

All were beautifully handwritten, of course, in the calligraphic script of the time.

Afterwards we took part in the Scribble like a Scribe family activity and tried writing with quills, dipped in watered-down black paint, which my children loved. The hubby even had a go! 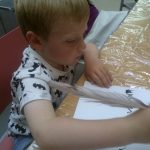 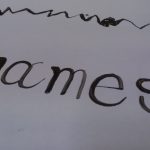 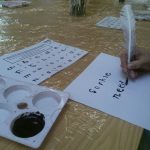 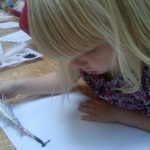