Starting a new business is like having another child.

So, just like I did with my son James, four, and daughter Sophie, two, I’ve been taking my new ‘baby’ along to some groups to meet other ‘parents’.

Having written about The Inspire Network during my time as a journalist, one of the first people I contacted when I knew I wanted to take my calligraphy business idea further was Lisa Smith, who organises the South Tyneside meetings. 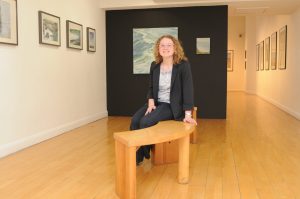 The first one I went to was about websites and how to get the most out of them – perfect at the time as mine was under construction – and the second was about finance, banking and accounting – just as I was thinking about those sorts of issues.

It’s the perfect networking group for me – it’s aimed at women/mams and meetings are child-friendly, should you need to bring them along. Its members are also hugely supportive of each other and its Facebook page is very active.

The second club I’ve joined is the Enterprise Club at the North East Business and Innovation Centre, who put me on the path to launching Creative Calligraphy after telling me about the New Enterprise Allowance Scheme at a careers event.

It’s designed to support businesses in their early stages and like The Inspire Network, it meets once a month and a guest speaker gives advice on a topic – so far I’ve been giving tips on marketing and networking and again, made some useful contacts.

The importance of contacts has been drummed into me since the age of 18, when I started my journalism training, so the idea of networking is not a new one for me.

What has surprised me though is that the ‘supportive local business community’ I spent almost 13 years writing about isn’t spin – it’s true.