Newcastle Pen Show is back by popular demand!

I’m going to be exhibiting at the event, at the Village Hotel, Silverlink, on Sunday, September 2. 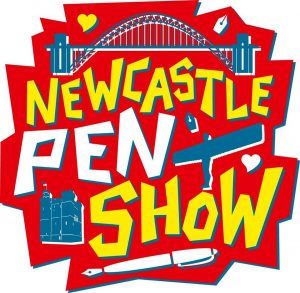 The show has been organised by Vince Coates and John Twiss, who together make TwiCo.

More than 20 retailers have been confirmed, including dealers in vintage and modern pens and custom pen makers. Pen repair experts will also be on hand for advice and nib work will be performed on the spot by the UK’s top nibsmith.

Newcastle Pen Show is open from 10am to 4pm and entry is £2 for adult guests, which includes entry to a prize draw. All children will be given a goody bag including at least a fountain pen and notebook.

Vince runs The Turners Workshop, which is based near Newcastle, which sells old and new style pen kits and pen making tools, materials and accessories, as well as pen display and storage items.

He said: “There used to be a pen show in Newcastle run by UK Pen Shows, but it fizzled out.

“I have loads of contacts in the pen world and the traders have persuaded John and I to run another show. We’re hoping to attract a younger and more varied audience.

“The show is starting to generate quite a bit of interest.”

John set up Twiss Pens after taking early retirement and moving to Nottinghamshire.

He turns his own pens on manual lathes, from his studio in Sherwood Forest.

“I had an ambition to make fountain pens from scratch, with the only purchased parts being the nib, clip and the material for the body,” he said.

“A lot of time is spent fabricating one of these pens as there are no patterns or instructions. It is almost like a combination of engineering and sculpting.

“These pens are truly unique. They are usually a lot lighter than my other fountain pens due to the lack of metal embellishments.” 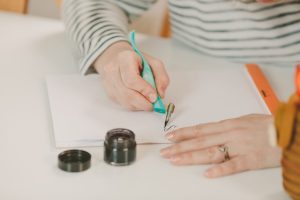 I was delighted when Vince and John approached me to be part of the Newcastle Pen Show.

I’ll be doing some demonstrations and giving visitors the chance to try calligraphy for themselves.

I may have to sneak away from my table to visit the other exhibitors though!