Sunderland is one of 11 places bidding to be named UK City of Culture 2021.

The campaign is attracting a huge amount of support and according to Ladbrokes, Sunderland is an early favourite to take the title, which brings with it a £3m funding boost.

Born and bred in Sunderland, I’d be delighted to see the city win. 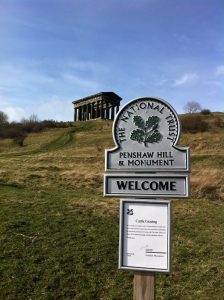 Sunderland will always be home.

I remember the buzz surrounding Sunderland when it became a city in 1992 and I think the UK City of Culture has the potential to recreate that sense of civic pride.

The city’s fortunes have fluctuated over the last 25 years, but overall I have watched Sunderland grow as a city.

I may have moved up the coast to South Shields, but Sunderland will always be home. I have lived, studied and worked in the city and continue to spend a lot of time there.

Penshaw Monument is still a welcome sight after a long car journey.

If Sunderland is successful in its bid, it will follow in the footsteps of the UK City of Culture 2017, Hull, which is where my mam hails from, although she’s now lived in Sunderland for longer.

We spent a lot of time going up and down the A19 to Hull to visit relatives when I was younger, although I can’t remember getting to see much of the city.

That’s about to change though, as I’m planning a trip with my husband and children later in the year.

My aunties and uncles have noticed a number of positive changes brought about by Hull’s UK City of Culture 2017 title, with the city having suffered from a poor reputation in the past.

One of my uncles, Steve Cook, said: “Although there had been a bit of an upturn thanks to Hull City AFC winning promotion to the Premier League and the opening of the new Siemens Blade Factory, it has been the City of Culture success that seems to have galvanized the population into looking at the good things the city has to offer.”

He said more visitors have been attracted by the events that have already been held and art installations like the 75m-long Blade sculpture in Queen Victoria Square. 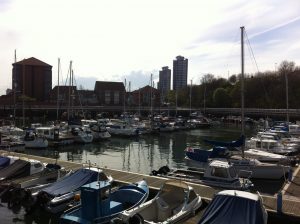 He added: “In short, the City of Culture success has woken up the people of Hull and enabled them to celebrate and be proud of its past and given it the confidence to look forward to a brighter and more exciting future.”

One of my aunties, Penny Rawson, said she and my uncle, David Rawson, are not “arty types”, but appreciate the efforts being made to revitalise the city centre and the restoration of Ferens Art Gallery and Hull New Theatre.

They also enjoyed the fireworks that kick-started the city’s year in the spotlight.

I know they’ll love the Weeping Window poppy memorial when it goes on display, as I saw it when it came to Woodhorn in Ashington in 2015.

Be a tourist in your hometown.

When Liverpool was bidding to be named European Capital of Culture 2008, I was invited on a press trip.

One of the things that struck me from their ultimately successful campaign was the drive to get local people to appreciate what they had on their doorsteps and become tourists in their own city.

When I returned home, I made a conscious effort to do the same in the north east and it’s something I still do, particularly when it comes to taking the children out and about. 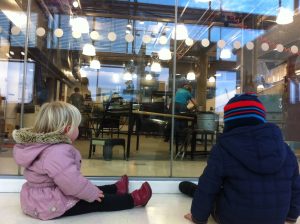 A young Sophie and James at the National Glass Centre.

There are still plenty of places to explore and I’m busy adding them to the school holidays bucket list. We might be done by 2021!

While culture plays a big part in my family life, it also has a role in my work life, which is another reason I’d like to see Sunderland win UK City of Culture 2021, to support arts and culture in the city and the region.

How culture has influenced my business.

I set up Creative Calligraphy almost three years ago, with support from the North East Business and Innovation Centre in Sunderland. Last year, I was invited to run calligraphy workshops for the Cultural Spring, a project funded by Arts Council England to improve access to the arts in certain areas of Sunderland and South Tyneside.

It has led to a number of exciting opportunities, as well as boosting my confidence, and I can see my business continue to grow because the area is so supportive of the arts and culture, a legacy which I hope will stretch far beyond the Sunderland 2021 campaign.