This year has been another busy one for Creative Calligraphy, particularly in keeping my workshops and commissions running alongside a second job!

Here are five highlights of 2018 for me.

Pages of the Sea

Without a doubt, the biggest event I’ve ever been involved in – and the most poignant. 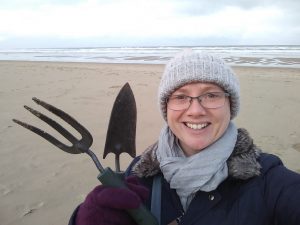 Devised by Oscar-winning director Danny Boyle, the national event saw people flocking to beaches around the UK to mark the 100th anniversary of the end of the First World War.

Portraits of local servicemen and women were etched into the sand and at Redcar Beach, the portrait was accompanied by words from a poem written by Poet Laureate Carol Anne Duffy for the occasion, which I was asked to write.

I was unsure it would work at first, but after testing out some tools and techniques on my local beach, I came up with a winning formula and was really pleased with how it turned out – as were the organisers, Stellar Projects.

Rachel Willis, from Stellar Projects, said: “Thanks for bringing a random idea we had to life! We received so many lovely comments about the text.”

You can read more about it in this blog post. 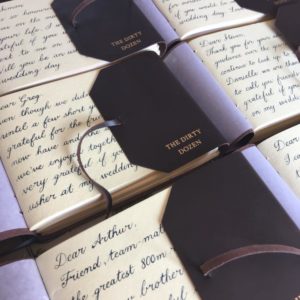 When newly-engaged Andie got in touch for help in asking 12 of his closest friends (and brother) to act as ushers at his wedding, I couldn’t wait to be involved!

He had selected matching leather-bound photo albums that would include pictures of each of the men and a personalised inscription.

The handmade paper was tricky to write on – and I couldn’t exactly rip it out if I made a mistake, so the pressure was on.

But the sentiment of the project was so beautiful, it’s become one of my favourites.

Earlier this year, Joe Jasperse got in touch all the way from the USA to ask for help with a romantic proposal intended for his UK-based girlfriend, Jill Groom. 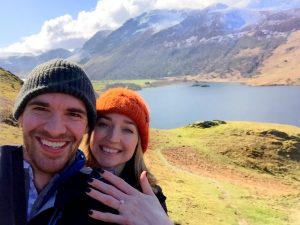 He was due to fly over at Easter for a visit and wanted to pop the question, but the build-up included six handwritten notes delivered to her home in Newcastle, with nothing to give away the identity of the sender.

Each postcard-sized note included a quote and co-ordinates relating to a place that was special to the couple, who met in 2015 while responding to the Ebola outbreak in Sierra Leone.

The final card was delivered to her parents’ house, ready for Joe to collect on his arrival, which featured the all-important question: Will You Marry Me?

The whole project brought a smile to my face and I loved being ‘in’ on the surprise, nipping to the post box every week to send off another card.

You can read more about it in this blog post. 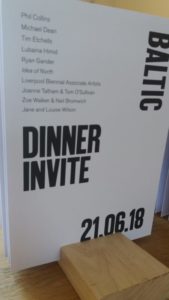 I was asked by Baltic Centre for Contemporary Art in Gateshead to add guest names on invitations for the launch of its summer season, part of the Great Exhibition of the North.

These artists were among the names I had to write on the invitations and it was a pleasure to play a small part in such a large cultural event for the north east – in one of my favourite galleries. 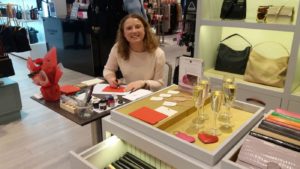 My first foray into on-site calligraphy for a high-end brand that I’ve seen so many of my London-based calligraphy friends get involved in!

I was delighted to be asked by Aspinal of London at House of Fraser to personalise Valentine’s Day gifts bought at their Gateshead MetroCentre store this year.

The staff were great company and I got to spend several hours writing calligraphy surrounded by beautiful handbags. What’s not to love?